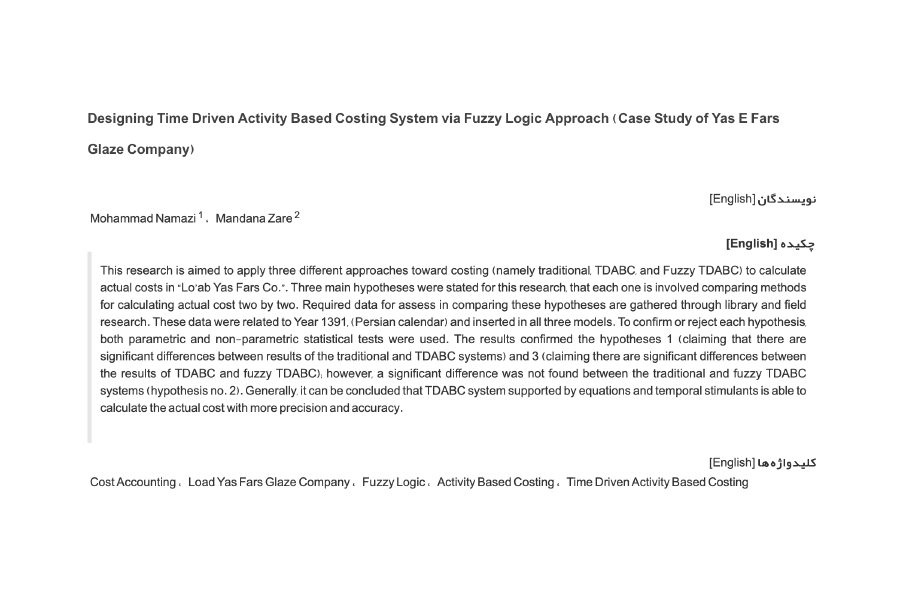 This research is aimed to apply three different approaches toward costing (namely traditional, TDABC, and Fuzzy TDABC) to calculate actual costs in “Lo’ab Yas Fars Co.”. Three main hypotheses were stated for this research, that each one is involved comparing methods for calculating actual cost two by two. Required data for assess in comparing these hypotheses are gathered through library and field research. These data were related to Year 1391, (Persian calendar) and inserted in all three models. To confirm or reject each hypothesis, both parametric and non-parametric statistical tests were used. The results confirmed the hypotheses 1 (claiming that there are significant differences between results of the traditional and TDABC systems) and 3 (claiming there are significant differences between the results of TDABC and fuzzy TDABC); however, a significant difference was not found between the traditional and fuzzy TDABC systems (hypothesis no. 2). Generally, it can be concluded that TDABC system supported by equations and temporal stimulants is able to calculate the actual cost with more precision and accuracy.